Teenagers facing suicide need – and deserve – our help, but that can be scary for potential supporters.  The following six sections are designed to minimize the scariness of acting to help a suicidal teenager.  They are designed to provide some guidance and confidence.

The good news is that, to be an effective supporter, you don’t need to be an expert in suicide prevention.  There are sets of actions that you can take that are detailed later in this article, but you can start with the three critical elements in supporting a teenager that is suicidal.

Note.  In a medical emergency you should also act quickly to get emergency care. 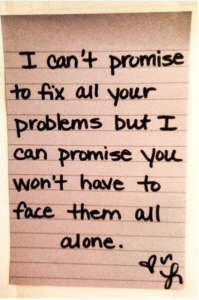 2.  You Can Start Here – “Notes to a Suicidal Teenager”

Here is an excerpt from the beginning of the Special section written for teenagers who are feeling suicidal.  It’s a good place for you to start in understanding what a suicidal teenager is facing as well as some of the things you can talk about that can provide genuine common ground.

“If You Are Feeling Suicidal Remember Five Things”

1.  The pain of life can sometimes feel like it’s overwhelming your capacity to deal with life.  This is particularly true if you are suffering from depression, which is distressingly common among teenagers.

2.  Feeling Suicidal Does Not Mean That You Are

It Does Mean That You Are Probably

“Sometimes even to live is an act of courage.”

3.  Suicide is a permanent solution for temporary problems.  This is true even for the problems that feel overwhelming and that have stubbornly resisted efforts to resolve them.

4.  Growing up is hard and the teenage years are an emotional rollercoaster.  Remember that with rollercoasters it can be terrifying on the steep drops, but if you don’t jump off (a bad thing to do), you then head back up.  Rollercoasters can be intimidating at first, but as you get more experience with them, they lose much of their power to intimidate.  Life is like that, so don’t jump off right now – there will be an upturn. 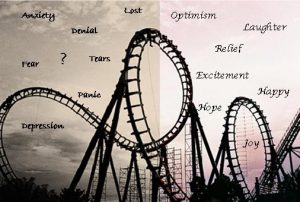 5.  There are effective solutions for dealing with the temporary problems, even the severe ones. It doesn’t seem that way when you are feeling suicidal, particularly because you are in extreme pain, are worn out from trying to find solutions and the solutions may not be obvious – but they are there and there are people that will be very willing to help you find those solutions.

3. If in Immediate Crisis – Get Emergency Help

For an immediate connection by phone with people who care and are trained to help – call the following help-lines.  If you aren’t satisfied with your first experience, call another line.  The phone counselors are usually well trained, but it’s always a matter of finding the right fit.

Will link you to a hotline near you

If you don’t think you’re going to be able to wait any longer and need to be in a safe place, go to the hospital. Get someone to drive you or drive yourself and check yourself in. Services will be in place to keep you safe until you’re feeling ready to leave.

If you can’t get yourself to the hospital, call 911.  Ask for emergency services to come and help you. 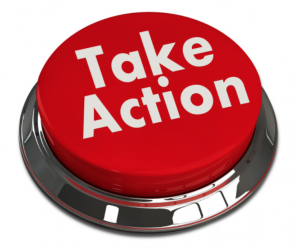 4. Preventing Suicide – What To Do

If the person shows significant suicidal signs, has a specific plan and the means to accomplish it, and says that they will commit suicide – some combination of the actions noted below is necessary immediately.

If the person is not in an immediate crisis, they may fall into one of the following categories of risk.  All of these categories should be taken seriously, but you will need to be more active for the higher risk categories.  People can move from one risk level to a higher level rapidly, so stay alert.  It may not be a crisis situation, but it can still be high risk.

Low Risk.  The person has some suicidal feelings, thoughts and behaviors, but does not a have a plan and says they won’t commit suicide.

Moderate Risk.  The person has some suicidal thoughts, feelings and behaviors and has a general plan, but denies that they will commit suicide.

High Risk. The person has significant suicidal thoughts, feelings and behaviors and specific plan, but denies that they will commit suicide. 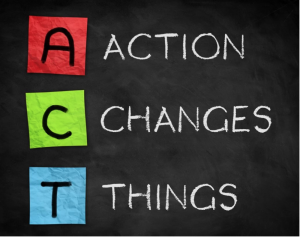 Six Immediate Actions You Can Take

Action #1. Make the connection.  Be pro-active.  You may need to make several tries initially as people who are suicidal often don’t think they can be helped or will resist help.  You can use the phone, texts and such, or notes as well as face-to-face contacts.

Action #2. Let them know you care.  You may get rejected initially on this also, but you can trust that the message is getting through.  Keep at it.

Action #3. Let them know that you won’t desert them.  This needs to be stated directly and then find ways to stay in tough – the message being, “I’m still here for you.”

Action #4. Let them know you will figure out what to do together.  This does not mean that you know what to do, but that you will walk down the path with them to find some solutions to the problems that are currently overwhelming them.

Action #5. Get others involved, particularly key adults.  This is critical as you should not take on the support responsibility by yourself.  You can start with one trusted adult.  You can also engage appropriate peers.  If possible, also help the person get connected to professional help.  This is particularly important if they are suffering from depression (which will be likely).  The key is to build as much of a support network as possible.  Do not carry the load by yourself and do not wait to do this.

Action #6. Make the immediate environment safe.  Even someone who does not have a significant plan and denies that they will commit suicide could be in a dangerous environment.  They may have access to dangerous drugs, firearms or knives.  Do what you can to work with them to make the environment safe.  A sudden change in risk or impulsiveness can be deadly in an unsafe environment.

Make No Deals
Do not make a deal to keep a friend’s suicidal thoughts, feelings, action, or plans a secret. It is very dangerous to promise that you will not engage anyone else.  It is critical to get others involved to save your friend.

Another Resource – Five Steps a Suicidal Teenager Can Take

In the section for teenagers who are suicidal, there are five steps that are recommended for them to take in the short term.  These five steps are compatible with the actions you can take (above), so you can use them as part of your work with your friend or family member.

Step #1: Promise Not to do Anything Destructive Right Now

Step #2: Connect with Others – Don’t Keep Suicidal Thoughts/Feelings to Yourself

Step #3: Take Heart and Remember Who You Are – People Do Get Through This 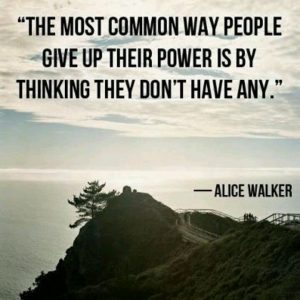 Supporting a suicidal friend is not an easy thing to do and there are a number of natural pitfalls to avoid.

1. Don’t argue with a suicidal person about or whether they should commit suicide.  You can let them know that you care and don’t want them to commit suicide and that suicide is a permanent solution to temporary problems, but don’t get into an argument.

2. Avoid “lecturing” about the value of life or judge them for being temporarily overwhelmed.  Judgment is the last thing they need.  Listening is the key and dialogue can follow as they are ready.

3. Don’t promise complete confidentiality.  You need to get at least one adult involved and may have to hold a tough line on that as a life is at stake. 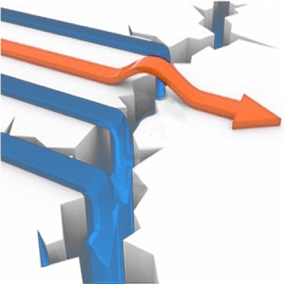 4. Don’t get into too much problem solving too soon.  The problems have become overwhelming (or the person wouldn’t be suicidal), so you can be confident that they will defeat efforts to find quick solutions.  You can commit to helping find solutions, but that’s going to take time.

5. Do not fail to take care of yourself.  Supporting a suicidal teenager, or any suicidal person for that matter, takes a lot of courage and a lot of energy.  It can also be emotionally taxing and can stimulate difficult emotions for you.  It’s important for you to talk with others that you trust about your experience as well as getting rest and eating well.

6. Avoid trying to help your friend or family member on your own.  Using or rapidly building a support network or web of support is extremely important.  Two people involved is far better than one person.  Three people is better than two people.  Four people and a hotline is better than three people, etc.

7. Do not blame yourself if your efforts to help are not enough to prevent a suicide.  Do not take responsibility for making your friend well. You can offer a lot of support, but you can’t get better for a suicidal person. He or she has to make the commitment to recover.

Life doesn't get easier or more forgiving. We get stronger and more resilient.

6. What to Do – Six Longer Term Actions

Getting past a crisis is only part of the journey.  Your friend or family member will also need to employ some longer-term strategies to manage his or her life in a healthy way. You can support them (and they will need support) by simply staying connected and helping them implement the healthy strategies.

Action #1.  Build and use your support network – may include new people or groups

Action #2.  Identify the triggers that can lead to feelings of despair and suicidal thoughts

Action #4.  Take care of yourself and manage your stress

Action #7.  Avoid or severely limit the use of drugs or alcohol

Note.  Go to the Specials section for teenagers who are feeling suicidal for more details on these longer-term actions. 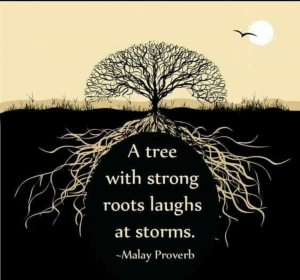