These are brief descriptions.  For some of these elements, you will want to do a deeper exploration.  That desire will vary from person to person.

This can be a confusing element in identity.  This is a realm undergoing a great deal of change, including the terms used, so we will keep it very simple here and you can explore more if you like.

Gender is basically biological – male, female or intersex.  Sexual orientation is basically about who you are sexually or romantically attracted to – males, females or both.  Gender identity is how you see yourself in those regards.

The nature of your sexual activity can also be major factor in identity – sexually active or not, one partner or serial partners, etc.  The realm of sex in all its parts is a central part of identity and worth the effort to understand what it means to you.

As with most of the elements in identity, social perception can play a big role so be careful to not let others’ perceptions color your own self-perception too much.

These terms are often used interchangeability, but there is a difference.  Race is more oriented toward biology (particularly skin color) and ethnicity relates to culture.  These elements can be a major factor in a person’s identity, sometimes too great a factor.  They can have a major impact on both a teenager’s self-perception and the social perception of the world around them.  Lots of assumptions are made about different races and ethnicities. 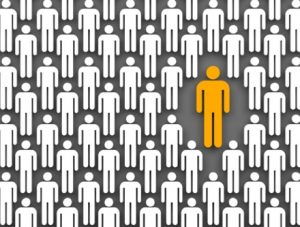 Organizations and groups with which you affiliate can have a strong influence on your identity.  Affiliations can be with teams, gangs, clubs, cliques, organizations, – just a wide variety of groups.

This is a tough one, particularly for girls.  Physical appearance plays way too big a role in teen identity, but that is a common reality and it is often tough to get past that.  If you don’t match the ideal physical appearance in your culture, it’s easy to feel diminished.  The two problematic thoughts are:  “I am too…” and “I am not ….. enough”  “

Note.  On the other hand, if you do match the desired physical appearance it can be dangerous as you can rely too much on that for your identity and miss developing the other factors in your identity.

There is so much change going on physically during the teenage years that this identity factor can have a negative impact at some points and a positive one at others.  People mature physically at different rates and that can be a tough issue if you are developing later than your peers.  This is particularly powerful in early adolescence and less so in later adolescence and adulthood.

Capabilities are often overlooked, yet they are surprisingly important.  In early adolescence, teenagers are faced with a daunting set of competencies to build to be able to deal well with being a young adult.  It’s easy to feel not very capable in the face of that challenge, but capabilities can grow pretty fast and they don’t have to be big grand capabilities.

Culture is about values, rituals, practices, behavioral norms, traditions, etc.  For US teenagers who come from a culture other than the dominant culture – for example African American, Asian or Hispanic – the issue of culture is more complex and can be a more important factor. 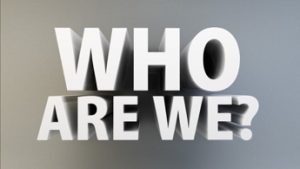 For most teenagers, there is not a lot of change in religious affiliation, although teenagers often decrease their involvement in religious life during the teen years. For other teens, however, their religious life becomes even more important.  There is often a good deal of exploration of other religions and spirituality in general – but religion, as it relates to identity, tends to stay pretty consistent.

This is another element in an identity that can vary dramatically from person to person.  Some people identify heavily with their nation or region (or neighborhood) and others simply do not.  For those not born in the country in which they currently live, this can get complicated as the question becomes, “What do I take from my country of birth and what do I take from the country where I live?”

There is tremendous variability in terms of how important politics is in a person’s identity.  It could matter very little or it could be a major defining factor.  For most teenagers, this is not a big factor, but for some it can be extremely important.  This factor is one where some teenagers just adopt their parents’ views, some react strongly against them and some focus on identifying their own views.

“One isn't born one's self. One is born with a mass of expectations, a mass of other people's ideas — and you have to work through it all.”